Originally from Springfield, Illinois, Jake got his start in broadcasting at the age of 14, calling his high school's basketball and football games live on GCNN, a local Comcast station shown in Sangamon County. Following high school, Jake attended Lindenwood University in Belleville, IL. At the age of 17, Jake was named the lead broadcaster on 89.1 FM, Lindenwood's campus radio station, calling sports from football to collegiate rugby on the radio.

Jake has served in the play-by-play role for broadcasts of NCAA football, basketball, softball and volleyball on ESPN, as well as baseball and soccer on beIN Sports and the C-USA Digital Network. He has also served as a sideline reporter for college football on ESPN and WatchStadium, as well as for the C-USA Basketball Tournament on ESPN. Some of Jake's work, including his long form feature stories, have been featured on ESPN's College GameDay and Stadium Sports, among other networks.​

Prior to Marshall, Jake worked as a videographer at WSAZ-3, an NBC affiliate, in Huntington, WV.  Additionally, Jake used to work for SBNation, where he covered the New Orleans Saints and was a weekly contributor to 103.7 The Game in Lafayette, LA. 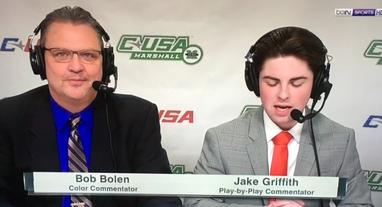 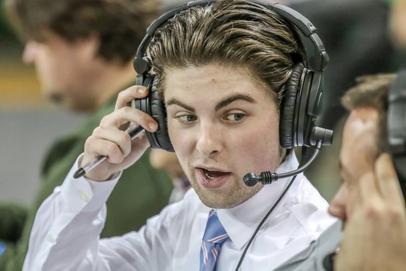 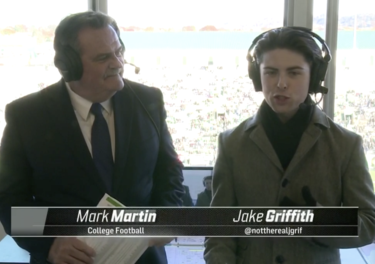